We chose a sunny winter’s day for my first trip on the TSS Earnslaw, taking in the views on Lake Wakatipu on the way.  Our three and half hour journey (return) took us from Queenstown to Walter Peak High Country Farm, on just a small section of this large lake (see orange line on map below).  The boat trip was 45 minutes each way, but we stopped off at the farm for a tour and some refreshments. 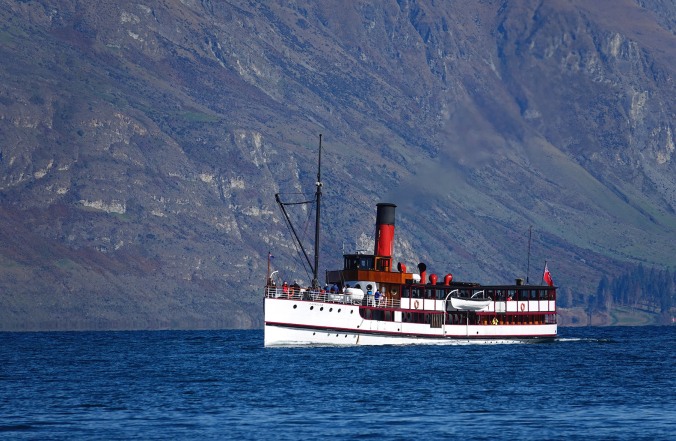 TSS Earnslaw arriving in Queenstown to pick up passengers

The Earnslaw is a vintage twin screw coal-fired steamer, built in 1912.  It operates 11 months of the year on Lake Wakatipu (only stopping for an annual survey), ferrying passengers to and fro for up to 14 hours per day in the summer months.  It is the only remaining commercial passenger-carrying coal-fired steamship in the southern hemisphere. 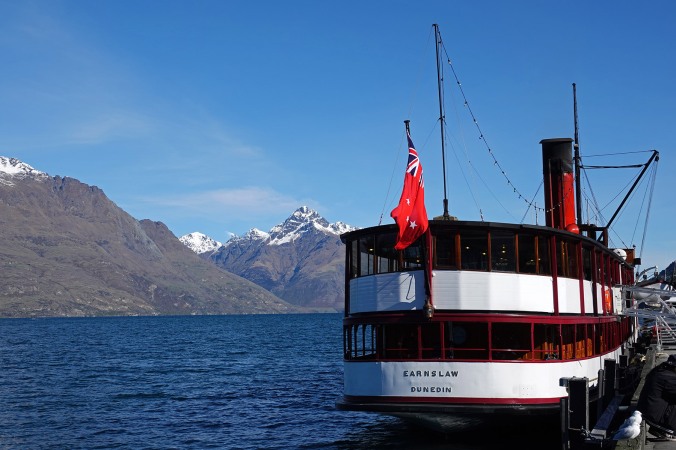 Pick up at Queenstown Wharf 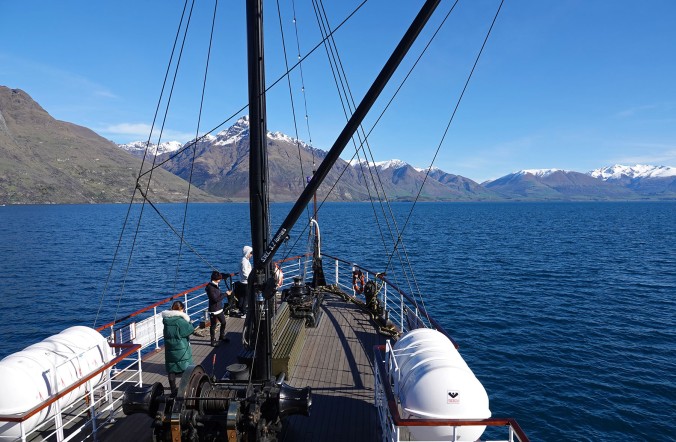 Out on the lake

Passengers can view the engine room and watch the stokers shovel coal into the fireboxes, both from above and via a walkway. 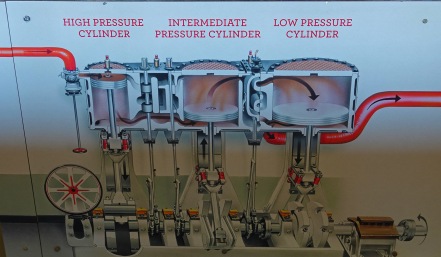 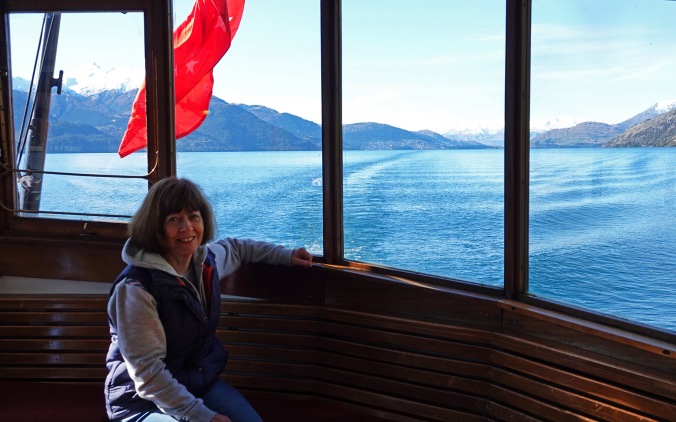 Looking back towards Queenstown 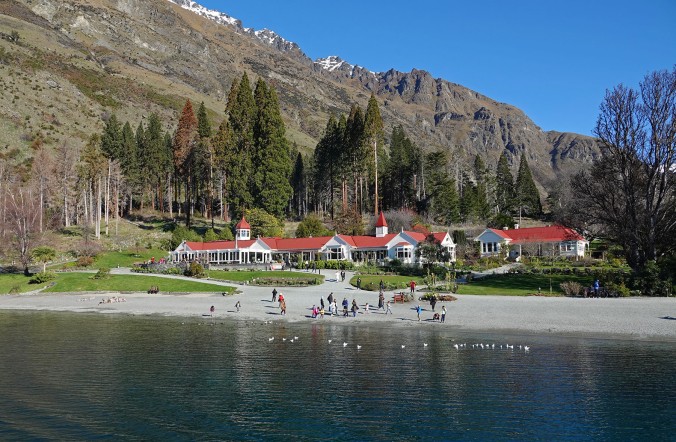 The Colonel’s Homestead was built for one of the sons of the original owner of Walter Peak Station.  The son served as a colonel in World War One, hence the homestead name.  In 1977 the original homestead was burned down in an accidental fire.  It was rebuilt with very similar exterior but the interior was designed with rooms for entertaining.

There are opportunities for visitors to view various demonstrations and have interaction with some animals.

Dining in the Colonel’s Homestead 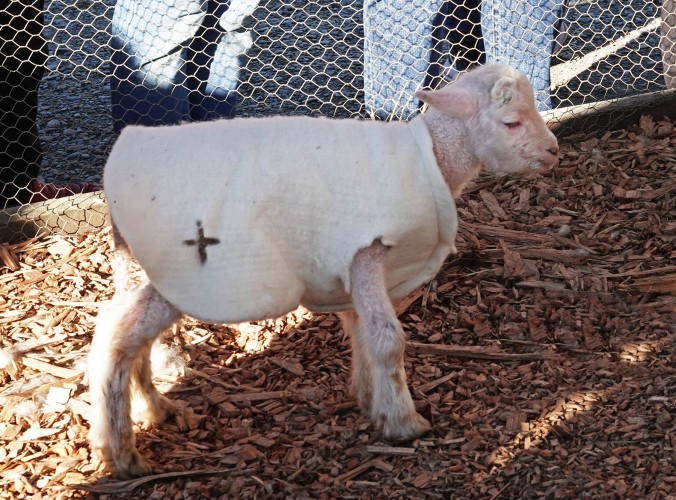 In summer the tourist numbers are high, however on our winter visit we were part of a small group and we were able to move about at a leisurely pace. 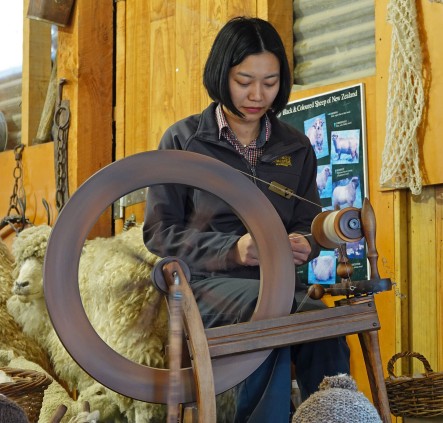 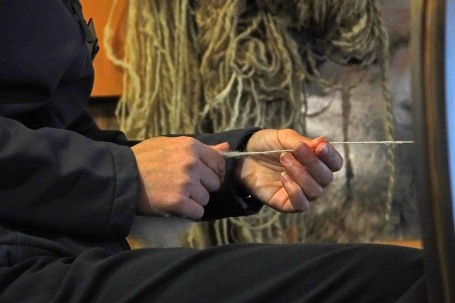 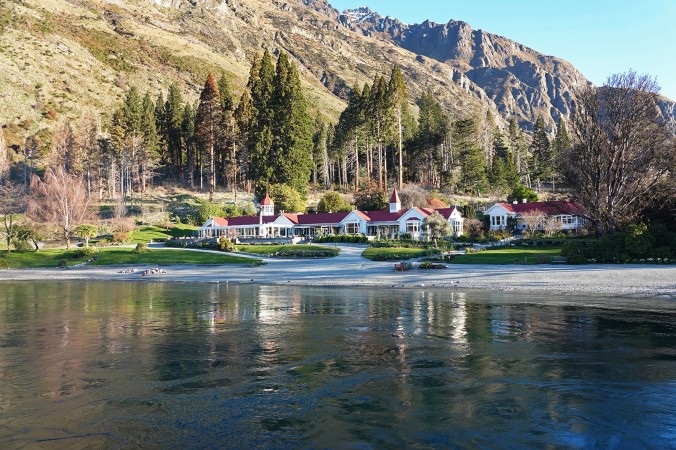 Leaving behind some stunning scenery

Heading back to Queenstown

Near Queenstown as the sun goes down

One thought on “‘Lady of the Lake’ – TSS Earnslaw”