In late September  we took a day trip on the section of the Great Alpine Highway (State Highway 73) from Christchurch to Arthur’s Pass, about 150km.  The highway over Arthur’s Pass had been closed the previous night due to the snow fall, and was only just opening between Arthur’s Pass and Otira when we arrived late morning. 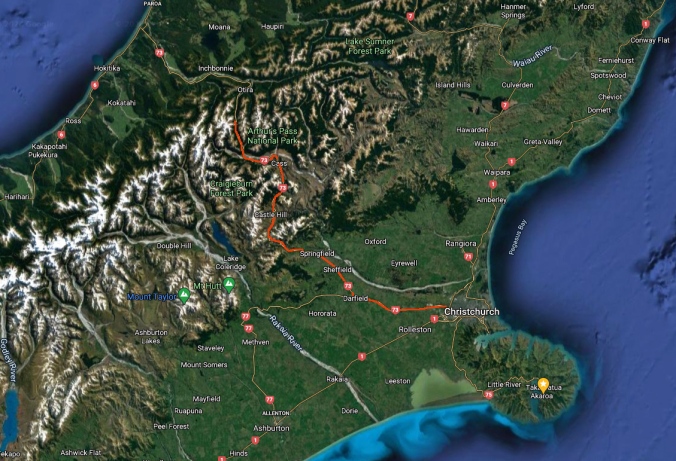 The rock formations are what remains after water has eroded the limestone that formed during the Oligocene period 30 – 40 million years ago, when much of New Zealand was covered by sea.  The rocks have been further weathered by natural erosion.  Many people stop to wander among this extensive area of boulders, right by Highway 73. 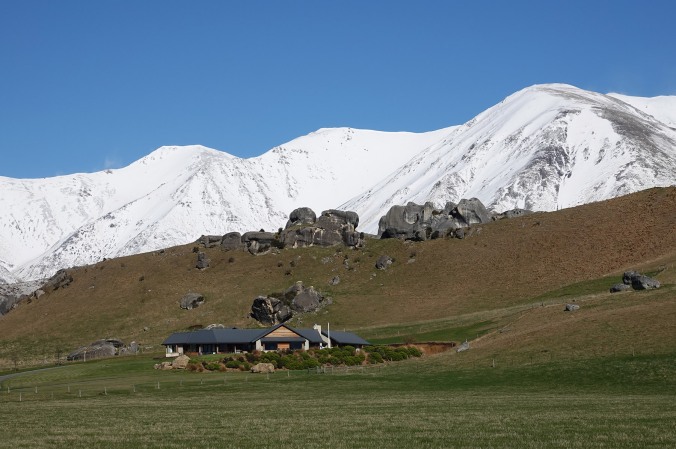 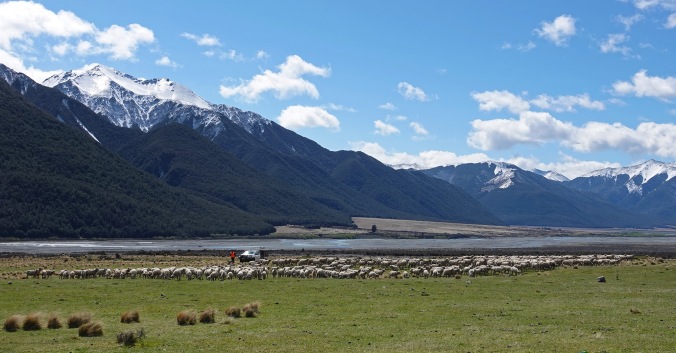 Mustering with a backdrop of Mt Bealey

This is the view of the upper slopes of Mt Rolleston, some 15km away, taken from the highway, looking across the Waimakariri River and up the Bealey Valley.  The Low Peak is in front and the High Peak behind, with the Crow Glacier descending to the left from the High Peak.  This is the most northern glacier of substance in the Southern Alps.  Mt Rolleston is an iconic peak with many climbing routes on its ridges and faces. 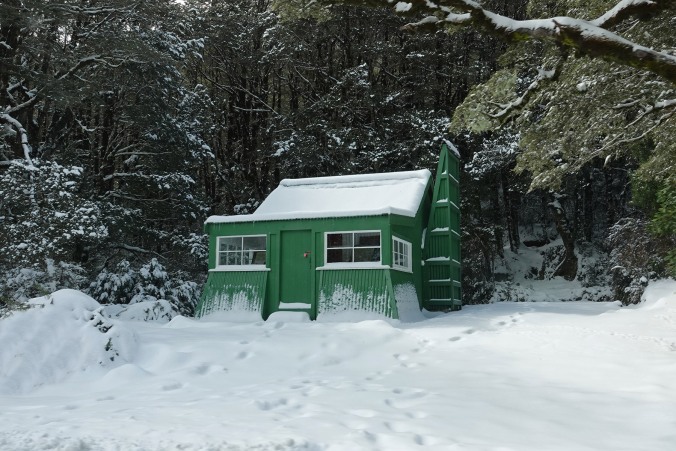 Historic Jack’s Hut is situated on the highway between Arthur’s Pass Village and the Pass.  It is a roadman’s cottage built in 1879 and restored in 2004. These cottages were built to accommodate roadmen and their families. Roadmen were responsible for maintaining the road near where their cottage was placed.

Rock shelter and Reid Falls Aqueduct  on the highway, west of Arthur’s Pass 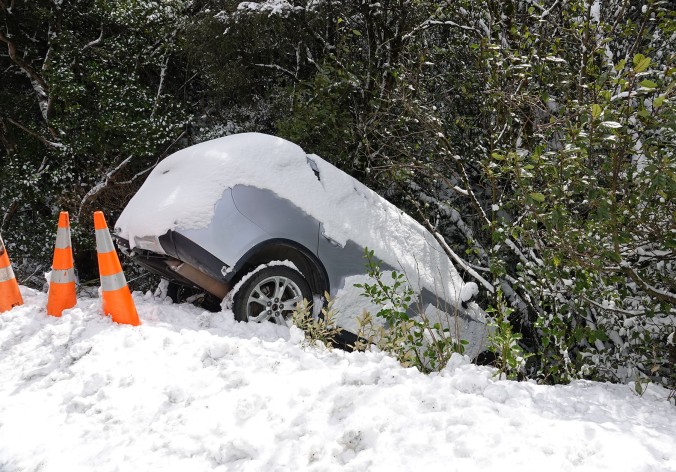 What happens on snowy roads….. 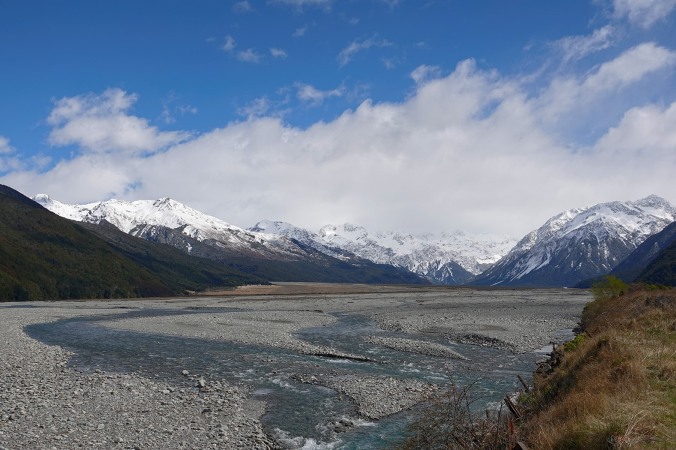 Looking east down the Waimakariri Valley on  return to Christchurch