Central Christchurch has undergone transformation since the devastation of the 2011 earthquake, with many buildings being demolished and replaced.  However the partial demolition of one building has had unexpected consequences.  The remnants of the Price Waterhouse Cooper (PWC) building have become home to a colony of 300 rare black-billed gulls (not to be confused with the common black-backed gulls).  Prior to the earthquake the PWC building was the third highest in Christchurch with 21 floors.  Now, the remaining concrete beams  have about 150 nests perched on them.  The area is fenced and this provides a level of safety for nesting.

Found only in New Zealand and mostly in the South Island, the endangered black-billed gull (Maori name: tarapuka) usually lives on braided rivers and streams with gravel beds.  The number of birds has been in rapid decline.  Chick deaths are mostly from predation by introduced mammals such as ferrets, stoats, cats and hedgehogs. 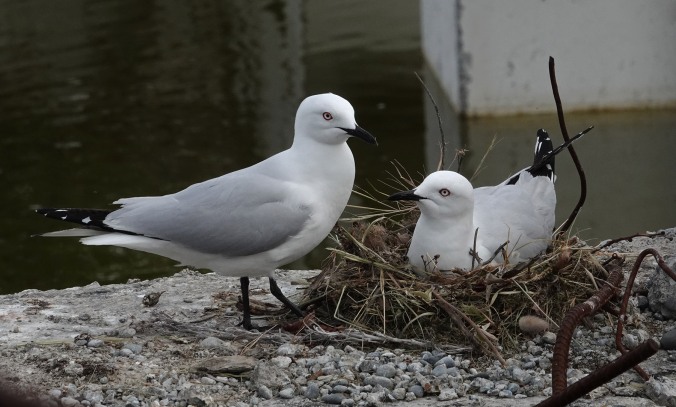 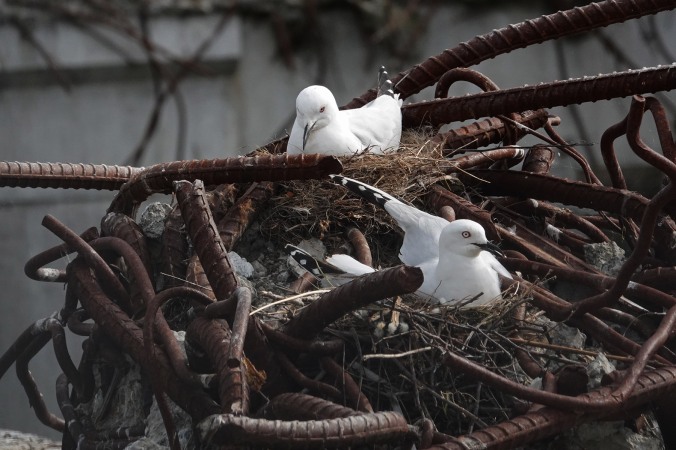 A few red-billed gulls have joined in 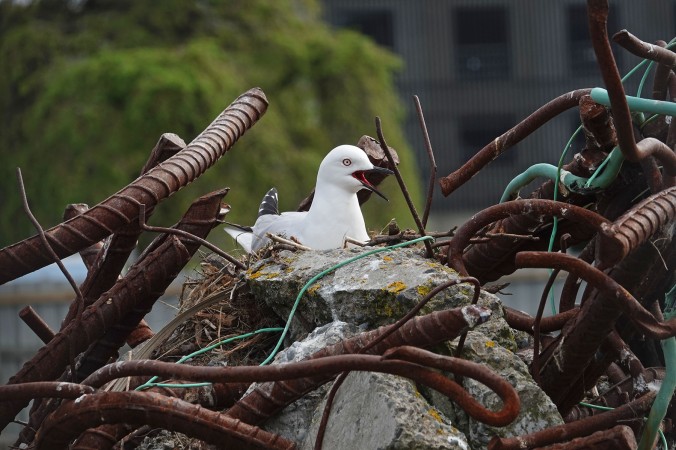 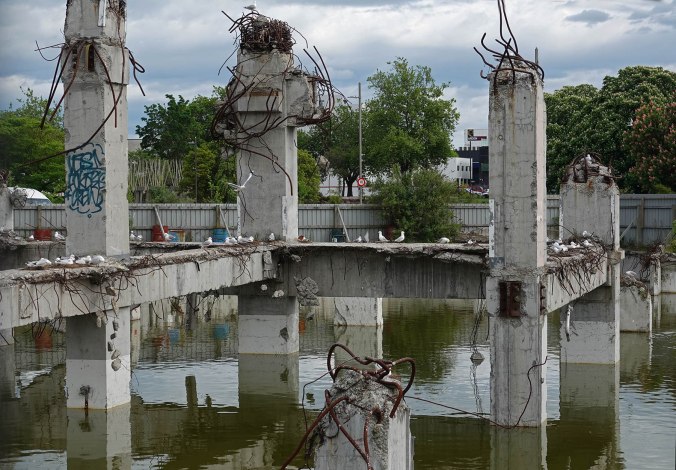 The following photos were taken in December 2019. 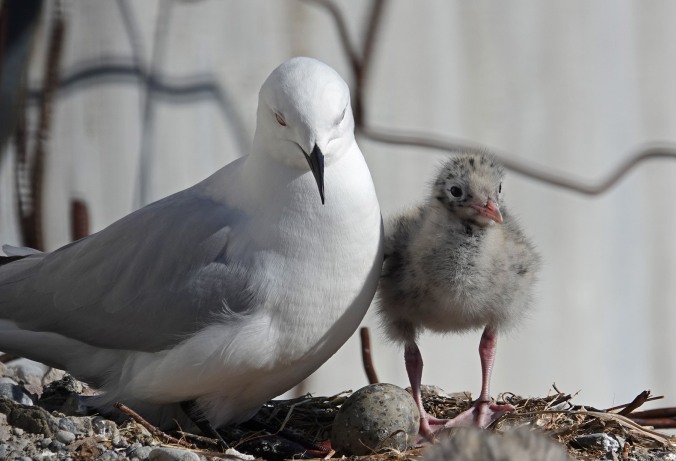 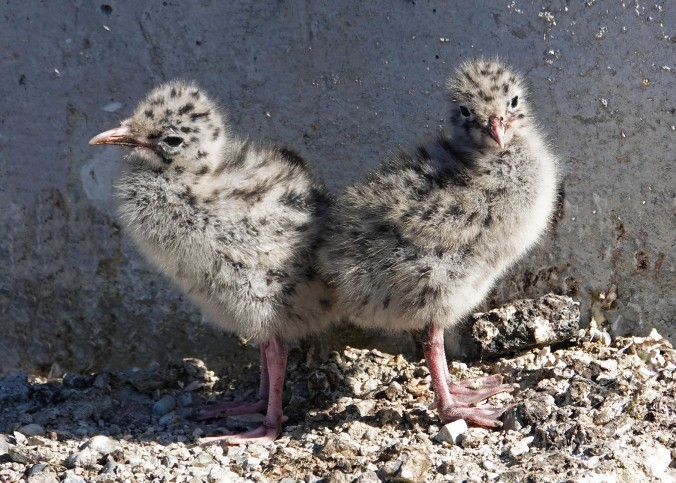 One thought on “Black-billed gull colony in Central Christchurch”