The Routeburn Track is one of New Zealand’s nine Great Walks, a set of premier tramping tracks.  Straddling Fiordland National Park and Mt Aspiring National Park, the Routeburn’s highest point is 1300 metres and its lowest point is 477 metres.  There are  rivers, lakes, forests, tussocklands and alpine views  – wild and scenic landscapes in its 32 kilometres.  We set off from the Divide (near the Homer Tunnel on the Milford Road) and completed the track three days later at Glenorchy, at the northern end of Lake Wakatipu.

Day One – the Divide to Lake Mackenzie Lodge (12km) 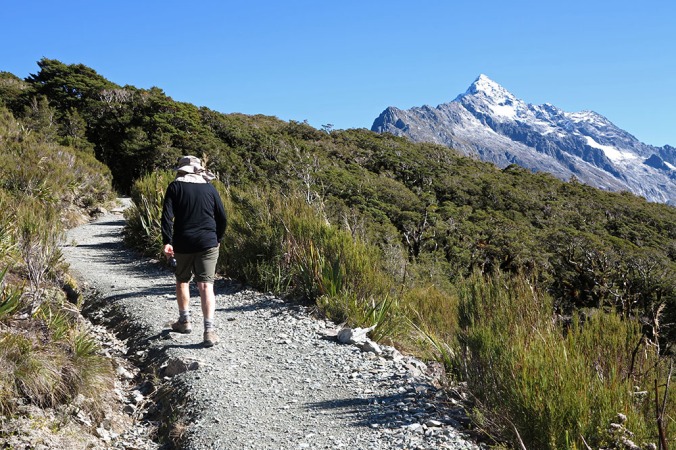 Leaving our packs on the track at the turn-off, we took a 30 minute walk up to Key Summit. 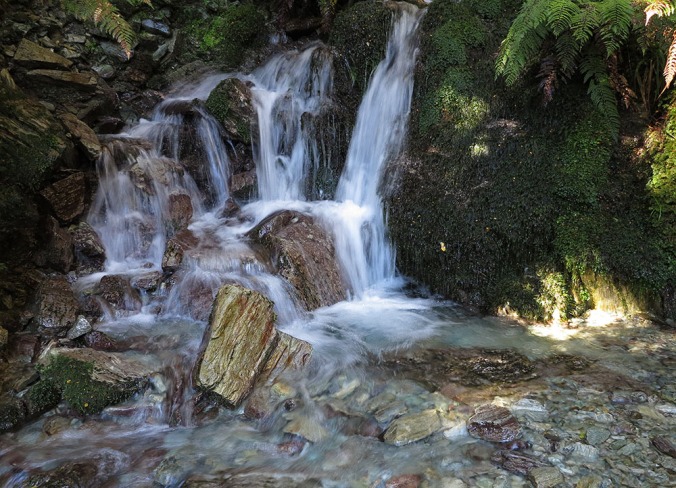 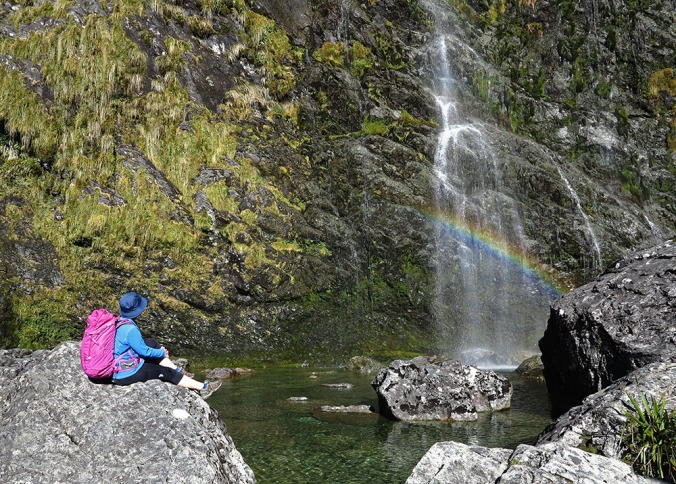 At the base of Earland Falls 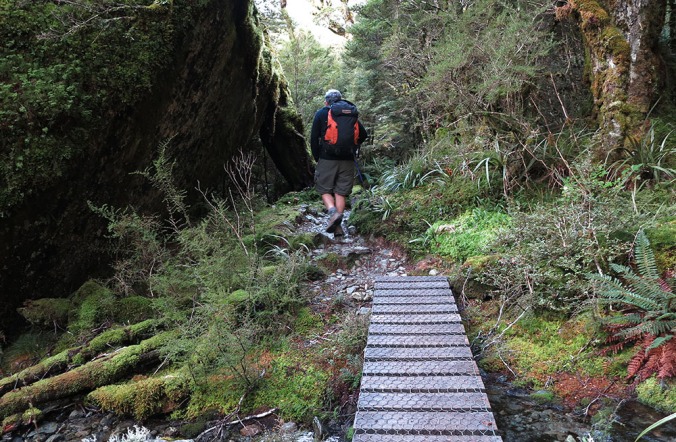 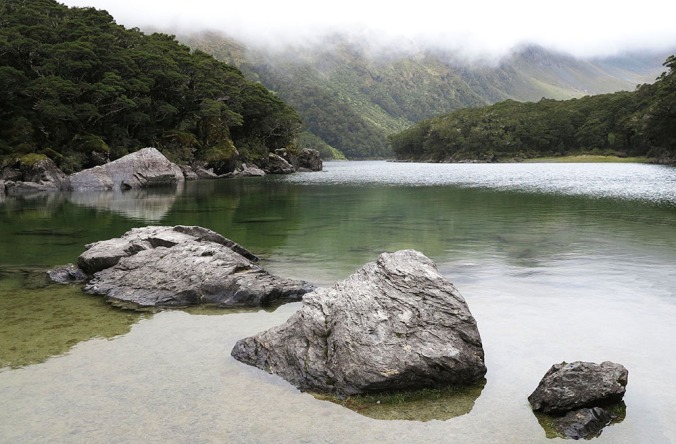 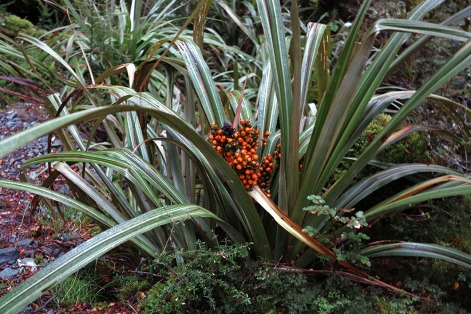 Early on day two – leaving the lodge behind (centre of photo)

Up the Zig Zag to Ocean View Corner 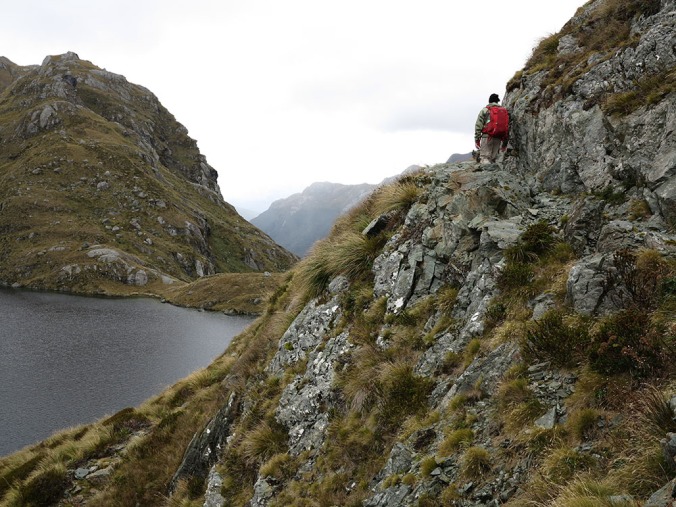 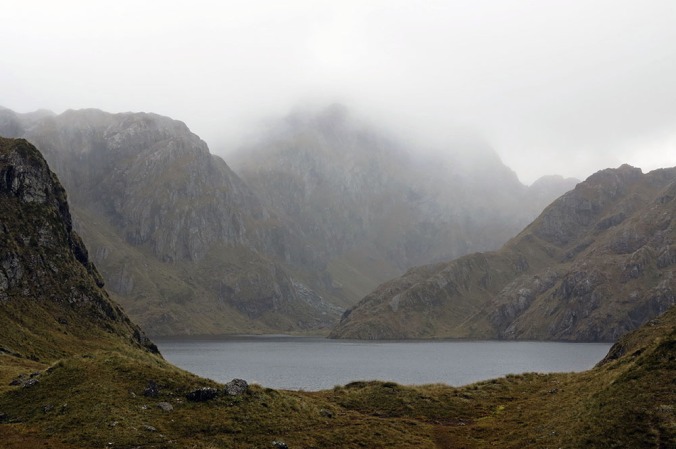 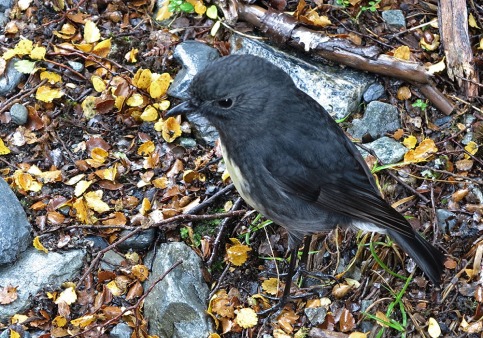 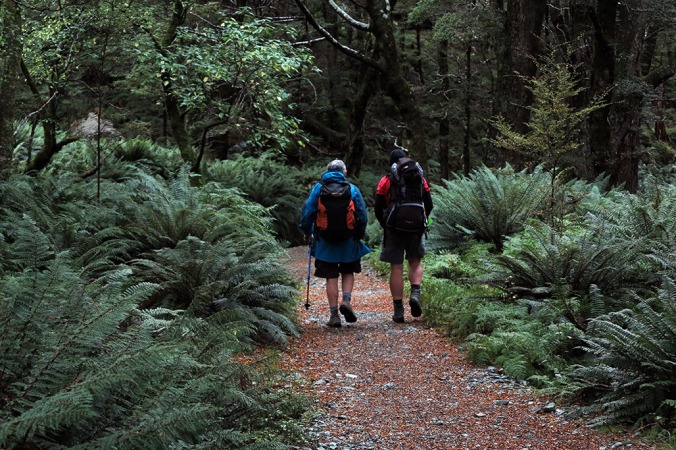