An hour’s drive from Christchurch is the Washpen Falls Track.   It is a private track on a back country working farm in the Malvern Hills, through which the  loop track has been created.  It passes through a stunning  ancient volcanic canyon, now full of native bush and a continuous chorus of birdsong.  After perusing information in the old woolshed, visitors can pick up a guide which gives information about interest points along the track.  Allow one to three hours for the walk, according to how long is spent at each viewpoint, and level of fitness (there are some steep sections). 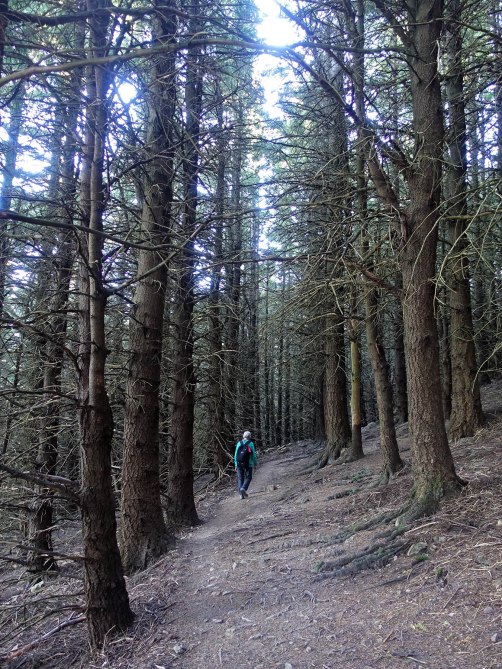 Blown here during volcanic activity which formed these hills 89 million years ago, the boulder would originally have been buried but has been exposed by glacial movements during the Ice Age.

The canyon forest was burnt off in the early part of last century in order to farm the land.  Now it is covered in regenerating bush. 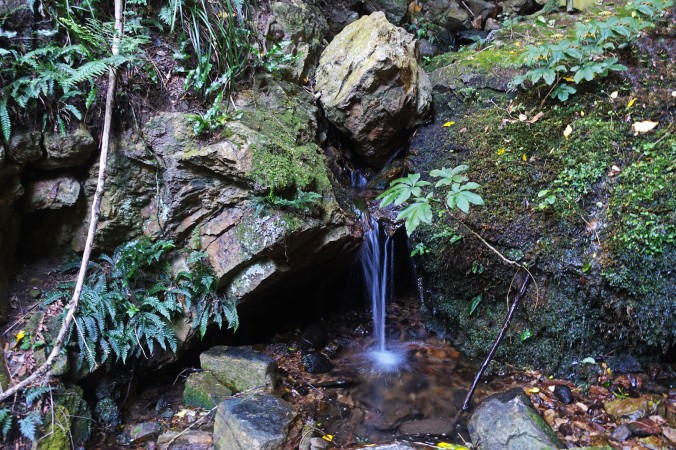 Stairs and boardwalks have been built by the landowners on some sections of the track.

At the top of the climb,  walkers emerge onto a grass and tussock-covered area with  views over the Canterbury Plains and the Rakaia River.  On a calm day this is a great place for a food stop.

The Washpen Falls are a highlight.  They are situated at the headwaters of Washpen Creek, which gained its name because the first European farmers thought the wool would sell better in England if it was washed before being shorn off the sheep.  So the creek was dammed and the poor sheep were washed, hence the name ‘Washpen’. 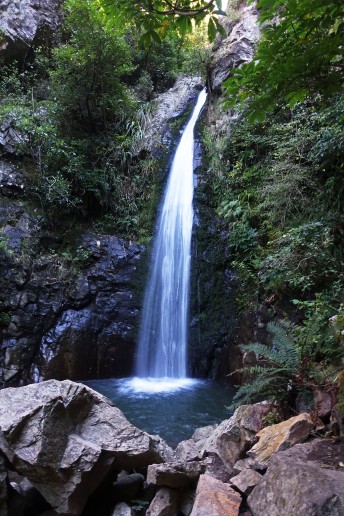 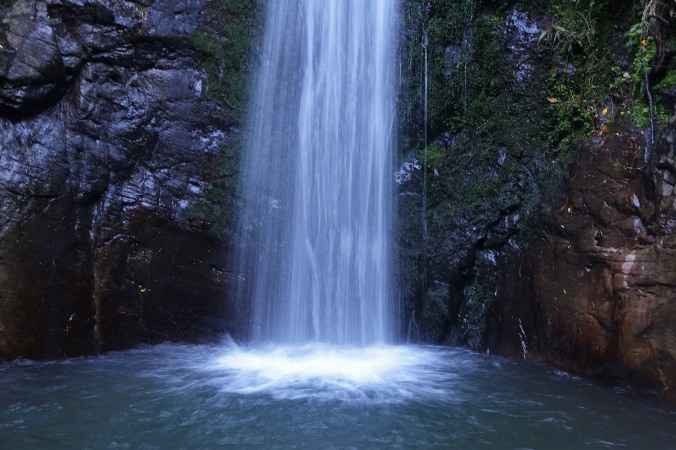 Descending through the bush 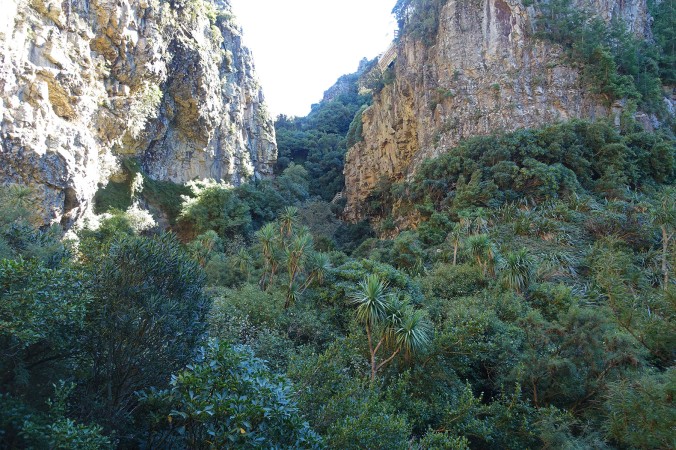 The tree’s black colour is caused by honeydew.  Honeydew is a mixture of sugars and other plant-derived chemicals excreted down the hair-like tail of an aphid type insect.  Birds and some insects feed on the honeydew, but the unconsumed bits on the trunk and branches promote the growth of a velvety fungus called Sooty Mould.  Honey bees collect the flow of dark aromatic sap and turn it into rich flavoursome honey, that remains naturally liquid.  We can attest to its sweetness, on tasting! 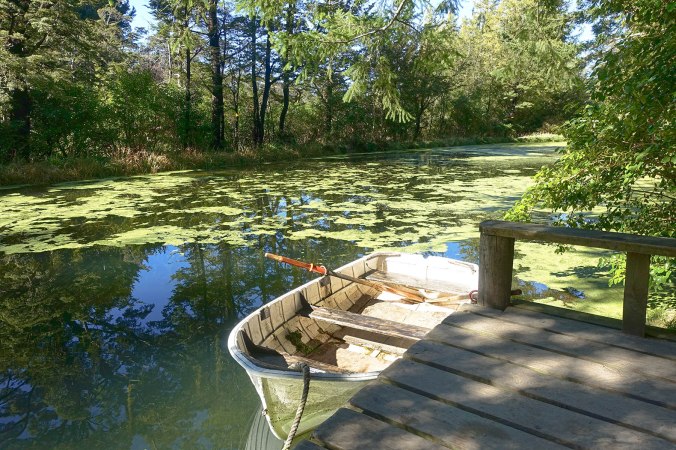 Stone Lake was dug out by hand in the early 1920’s by Tom Stone, as a water storage pond for a hydroelectric power scheme further down the bank.  It is situated near the end of the walk and by the dining shelter.

The hydroelectric power plant, using water collected above in Stone Lake, provided electricity to this property for over 40 years.  The  generator was obtained from a World War One submarine and operated at only quarter capacity to save maintenance.

One of the ways to access  Washpen Waterfall Track from Christchurch is via Highway 73 to Darfield, then turn off to Highway 77.  Travel 32km on this road to the signposted turn off to the falls.

There is a charge of $10 per adult and $5 per child, which can be posted in the honesty box in the woolshed at the beginning of the track.