Pigeon Bay is a picturesque bay situated on the northern side of Banks Peninsula.  It is accessed from State Highway 75 via Little River, turning left at Hilltop onto the Summit Road, then left onto Pigeon Bay Road after a few kilometres (77 km altogether from Christchurch). There is an out-and-back track which follows the eastern side of the bay out to the heads. Walking the track takes between four and five hours return.  The track mostly follows a four wheel drive road which crosses farmland.  I have walked the track twice and am posting photos from both of these trips.

First photos are from a trip in December (summer) 2014. 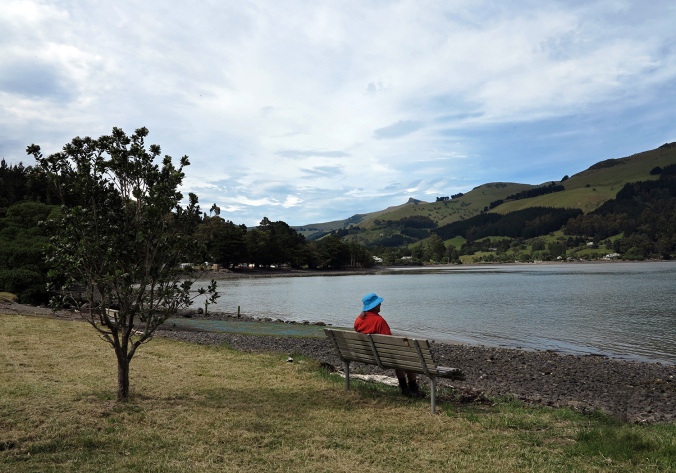 Track starts at the small settlement of Pigeon Bay 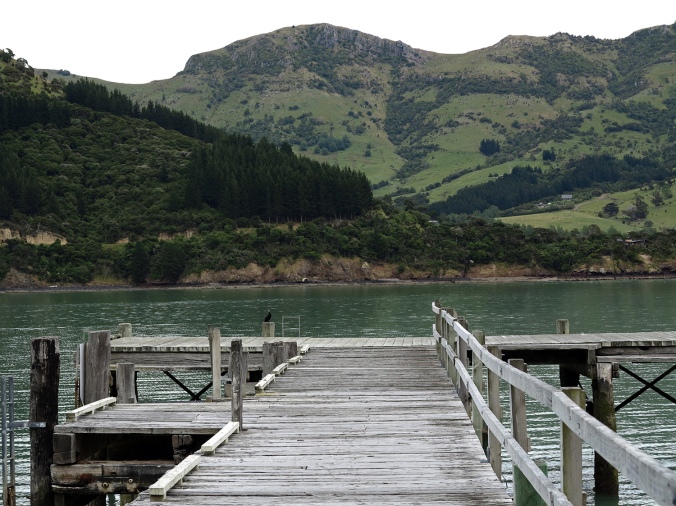 View of Pigeon Bay from the jetty

The next photos were taken on a trip in April (autumn) 2015.

Entrance to Pigeon Bay and Little Pigeon Bay, near the end of the walk 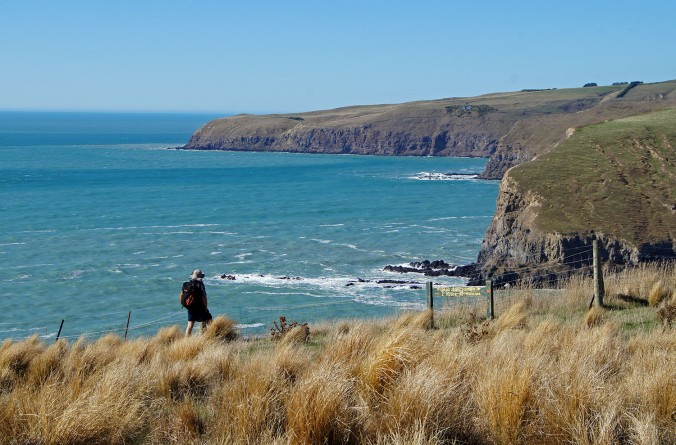 Sea stack from the viewing area 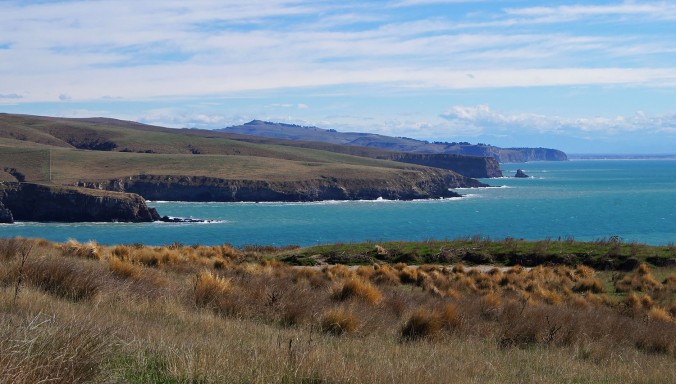 Views over Little Pigeon Bay, past Beacon Rock to Port Levy, then the entrance to Lyttelton Harbour, Godley Head and in the far distance South New Brighton

On the return journey 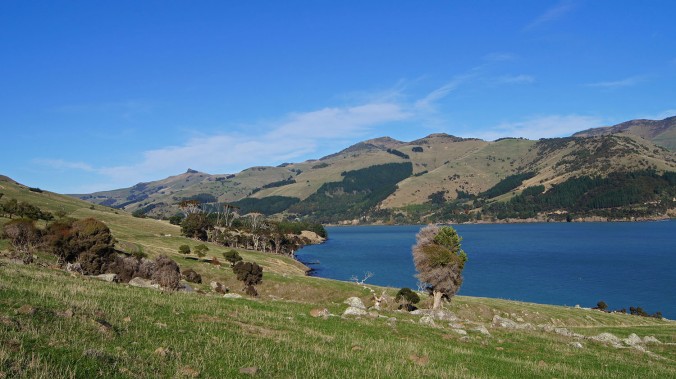 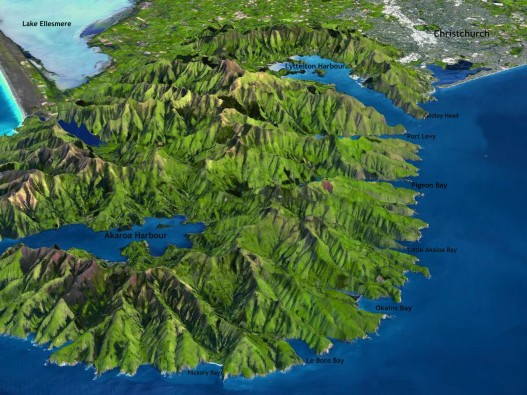 Map of Banks Peninsula from a NASA image, showing location of Pigeon Bay. Click once on map to enlarge

Click here for a map of the track route.