Sun Peaks Resort offers some superb skiing with surprising diversity across its three mountains.  There are gladed areas, steep runs, cruisers and alpine bowls.  It’s called Sun Peaks for a reason, with an average of 2,000 sunshine hours per year.  The average temperature in January is -6.7C (21F) however when we skied there in late January 2013, the thermometer climbed higher than this on most days, which were often sunny and calm.

Nestled at the base of the three mountains is the Sun Peaks Village (1255 m/4116 ft), allowing ski in/ski out accommodation.  This modern purpose-built village has been developed since 1993 when Nippon Cable Company purchased what was then called Tod Mountain. 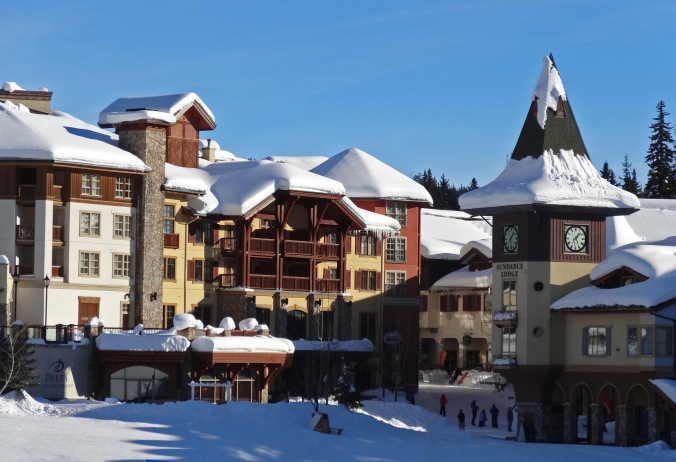 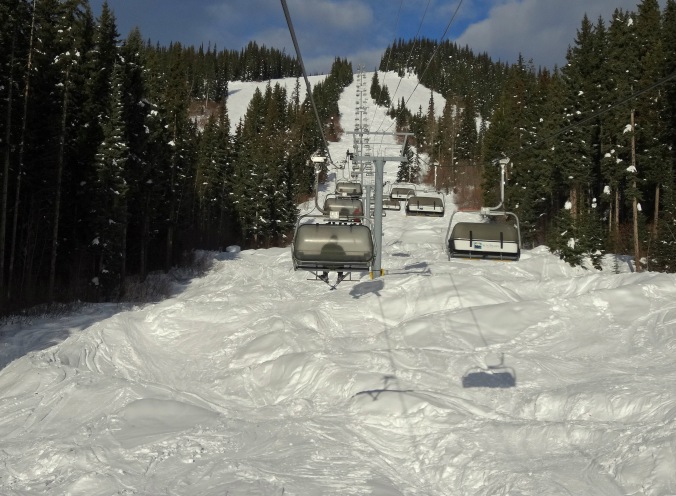 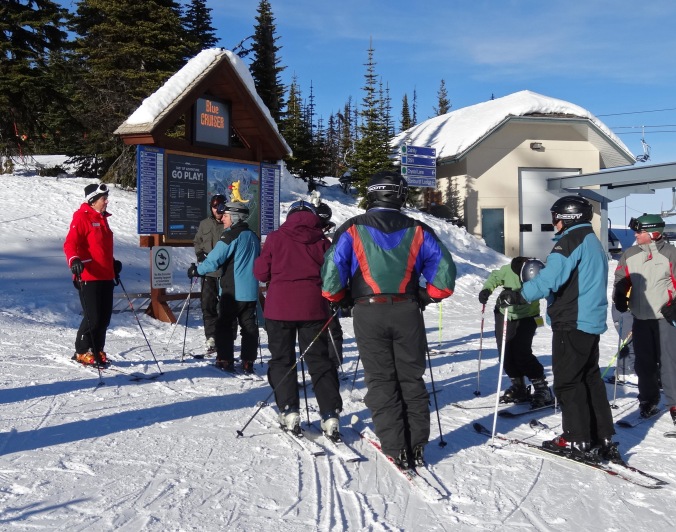 Nancy Greene is a champion Canadian Olympic skier, who won gold (giant slalom) and silver (slalom) at the 1968 Grenoble Winter Olympics.  She and her husband Al Raine have been active in developing Whistler and Sun Peaks resorts.  They operate Cahilty Lodge (where we stayed) at Sun Peaks.  They live in the Lodge and meet guests regularly to share a glass of wine.  Nancy also arranges to meet groups of skiers on the slopes, and spends time skiing with them.  She has been a member of the Canadian Senate since 2009. She is aged 69. 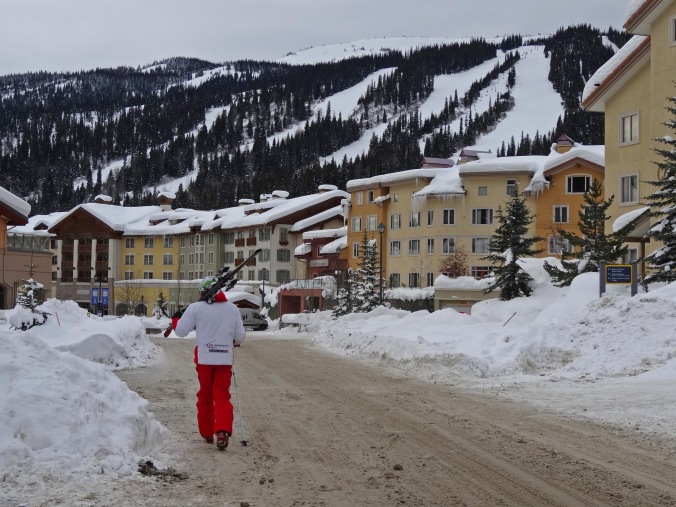 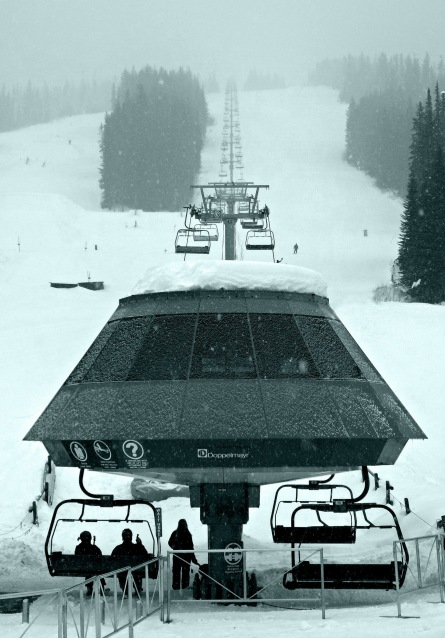 Village housing from the trail to Mt Morrisey 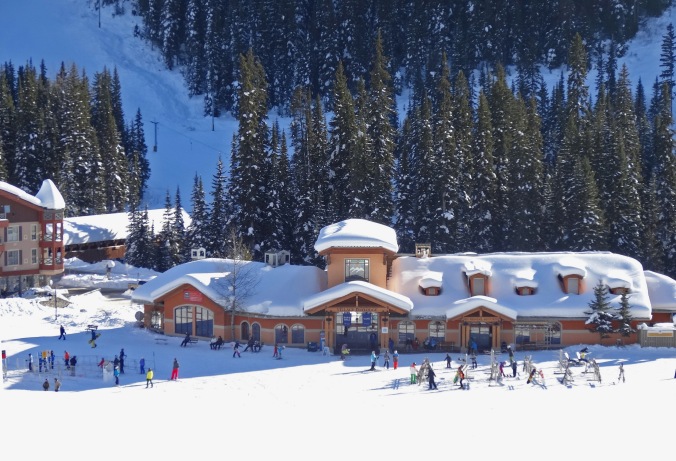 Groomers setting off for a night’s work